So you’ve searched the entire web and still cant find the most up-to-date motion design resources for 2021? Well, look no further. We have done the work for you, and collected a list of resources, free and paid, for you to utilize for you next motion design project. We already have hundreds of tutorials for you to search on our site, and on this page you can check out our growing list of the best Motion Design Resources, definitions, and skill based tutorials to help you keep learning. In addition to the most comprehensive archive of tutorials, this guide is helpful for those who may not understand all of the terminologies involved for 2D, or 3D motion design.

Learn After Effects By Skill Level

In this category you will find basic tutorials on motion design, using after effects. You may find some Cinema 4D Projects here, but they should all be possible using Cinema 4D Lite. To learn more about Cinema 4D Lite and how it integrates with After Effects, See our FAQ below. Why use Cinema 4D? Check out this awesome breakdown on what C4D brings to the table.

Here you will find a list of motion design and VFX tutorials in the Intermediate Category. These are tutorials that can be accomplished to most uses that are comfortable with the After Effects interface. Things like Tracking, Compositing, Strokes and Keying are all required knowledge for this section.

This is our most advanced listed tutorials for After Effects. These tutorials are meant for tenured After Effects gurus who have been using the program for a while. You may find some tutorials that are have Cinema 4D, and can be accomplished using Cinema 4D lite. To learn more about how Cinema 4D Integrates inside of After Effects, See our FAQs below.

If you are looking for tutorials focused on VFX, then this is the section for you. We have (by far) the largest online collection of free VFX tutorials on the web, so this is a great place to get stated.

Character animation is so essential to your motion design skills, and here we feature the most popular Character design tutorials on the web.

This is your hub to learn about animated typography, and how to implement this into your motion design projects. Typography is how designers communicate with their audience, and we have featured tutorials that show you how to implement the hottest trends

Element 3D has grown to become its own important subset of After Effects, with an avid growing fan base of users because of its effortless integration into After Effects. To learn more about Element 3D, see our FAQ list below.

If you are new to Cinema 4D and would like to start off with some simple tutorials, this is the best place to start. We have tons of featured tutorials that are great for beginners, but are still really cool.

This is for motion designers and 3D generalists who have a good basic knowledge of Cinema 4D, but are looking to push their working knowledge to the next level.

These tutorials are the most advanced tutorials that we have featured on our site. If you are an advanced Cinema 4D and After Effects user, then you will find a vast number of amazing tutorials listed here.

What Is Motion Design?

Motion Design, or Motion Graphic Design, is a subset of graphic design in that it uses graphic design principles in a filmmaking or video production context (or other temporally evolving visual media) through the use of animation or filmic techniques. Examples include the kinetic typography and graphics used in film and television opening sequences, and the spinning, three-dimensional station identification logos of some television channels. The art form has been around for decades, and has advanced in technical sophistication over time. In the more recent years, we have seen a growing number of motion design work shared on social media.  Via Wiki

What Is After Effects?

Adobe After Effects is a digital visual effects, motion graphics, and compositing application developed by Adobe Systems and used in the post-production process of film making, video games and television production. Among other things, After Effects can be used for keying, tracking, compositing, and animation. It also functions as a very basic non-linear editor, audio editor, and media transcoder. In 2019, the program won an Academy Award for scientific and technical achievement. Via Wiki

What Are After Effects Expressions?

An expression is small piece of JavaScript code that you can plug into animated properties in your After Effects projects, that evaluate to a single value for a single layer property at a specific point in time. Unlike a script, which tells the application to do something, an expression tells a property to do something.. For example, you have a ball moving across the screen from left to right, but you also want that ball to wiggle. Rather than animating the Position property with keyframes, you can apply a wiggle expression to it. Via Adobe

What is Adobe Animate?

It was first released in 1996 as FutureSplash Animator, and then renamed Macromedia Flash upon its acquisition by Macromedia. It was created to serve as the main authoring environment for the Adobe Flash platform, vector-based software for creating animated and interactive content. It was renamed Adobe Animate in 2016 to more accurately reflect its market position then, since over a third of all content created in Animate uses HTML5. Via Adobe Animate Wiki

Procreate is a raster graphics editor app for digital painting developed and published by Savage Interactive for iOS and iPadOS. Designed in response to the artistic possibilities of the iPad, it was launched on the App Store (iOS) in 2011.

The aim of Procreate is to recreate the natural feel of physical drawing, while utilizing the practical advantages of a digital platform. It offers over 130 brushes, multiple layers, blend modes, masks, 4K resolution export of process videos, autosave, and many other digital art tools. In addition to raster graphics, this software has limited abilities to edit and render text and vector graphics. Procreate is designed for multi-touch and the Apple Pencil. It also supports a number of third-party styluses, and import/export to Adobe Photoshop .PSD format. Via Procreate Wiki

Mocha, or Mocha AE, is the bundled planar tracking and masking plug-in created by BorisFX. It has been licensed to Adobe since 2008, starting with CS4. You can use the plugin right inside of After Effects, but the company also has a Mocha Pro version with even more tracking features. Via Boris FX Site

What Is Element 3D?

Element 3D is a 3D animation application within After Effects, created by VideoCopilot.  It uses an advanced Open GL 3D object based particle Rendering Engine to make 3D objects look almost as good as if they were coming directly from a full 3D application.  Via Video Copilot

What Is Cinema 4D?

What Is Cinema 4D Lite?

OctaneRender® is the world’s first and fastest unbiased, spectrally correct GPU render engine, delivering quality and speed unrivaled by any production renderer on the market. It was created by Terrence Vergauwen, founder of New Zealand-based company Refractive Software, Ltd., which was acquired by OTOY on 13 March 2012. Octane Render runs exclusively on Nvidia’s CUDA technology, restricting it to Nvidia video cards. Via Octane Site

Redshift is the world’s first fully GPU-accelerated, biased renderer built to meet the specific demands of contemporary high-end production rendering in Cinema 4D. It is used in production by leading studios around the world because of its blazingly-fast GPU rendering – as much as 10 to 50 times faster than CPU rendering. Via Maxon

X-Particles is a fully-featured advanced particle and VFX system for Maxon’s Cinema 4D, created by Insydium LTD. Multithreaded, X-Particles utilizes all of your computers CPUs whenever possible for speed and efficiency. Via Insydium

TurbulenceFD’s simulation pipeline implements a voxel-based solver based on the incompressible Navier Stokes equations. That means it uses a voxel grid to describe the volumetric clouds of smoke and fire and solves the equations that describe the motion of fluid on that grid. For each voxel TurbulenceFD calculates the velocity of the fluid as well as several channels to describe properties like temperature, smoke density, amount of fuel, etc. This simulation process produces a voxel grid for each frame, which is cached on disk for use by the Volumetric Renderer. Via Jawset

Art Of The Title

Are we missing important resource links? Let us know, we will add them.

Our Most Popular Tags

A weekly list of the best free motion tutorials from the web, right in your inbox.

Top Motion Design Trends To Look For In 2021

The Motion Design Shift: How Social Media Has Changed The Industry 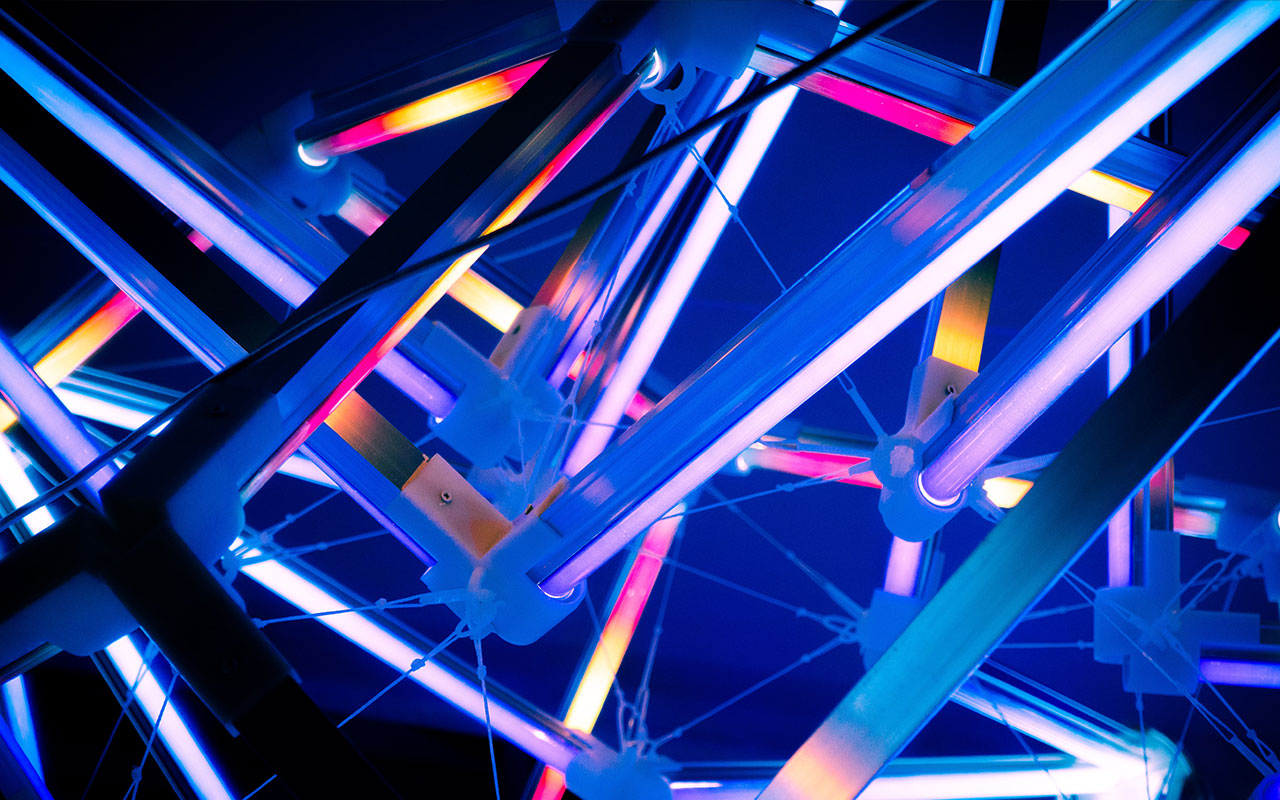